It is that time of year when IABC opens up nominations for its International Executive Board, whose members also serve as the Board of Trustees for the IABC Foundation. Nominations are open to any member of IABC who would like to take an active leadership role in steering not only IABC but the profession as a whole into the future. If you would like to be considered for a role on the 2013/14 International Executive Board/Board of Trustees, details and the nominations packet are available on the IABC web site. The term of appointment for directors is three years and requires a commitment to actively drive IABCs strategic direction and oversee its global strategy.

Membership on the Board is completely voluntary and the position description is listed in the nominations packet. Nominations close November, 16, 2012, so please take the time to review yourself against the criteria for selection and consider this important yet very rewarding role. 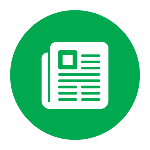 by Megan Patterson, IABC/Tulsa President How often are you reminded of the power...

Are you forgetting someone? Considering the disability community in ...