IABC/Tulsa celebrated outstanding communications and recognized top local communications professionals on April 19, at the annual Bronze Quill Awards Ceremony. The event, attended by over 100 local professionals, was held at the Central Library in downtown Tulsa.

The event honored dozens of professionals in the communications field. Five special awards, 18 Awards of Excellence, 20 Awards of Merit and seven anniversary plaques were handed out throughout the evening.

Kimberly Johnson, CEO of the Tulsa City-County Library, was named the 2018 Communicator of the Year for her tremendous efforts to showcase the amazing work the Tulsa Library system does for the communities it serves.

Megan Patterson, Manager of Investor Relations at ONEOK, received the John Hartman Professional of the Year award. Megan was recognized by her peers as an outstanding communications professional and an exemplary leader.

The Leon Bolen Service Award, which honors an IABC member’s volunteerism and support of IABC’s organizational goals, was awarded to Kim Kuehler, Advertising Sales Manager for the Tulsa Airports Improvement Trust, for her continued generosity and efforts to support our chapter.

This year, IABC/Tulsa added a new award to recognize a dynamic, young communications professional. The Rising Star Award was presented to Noël Hunt, Client Manager and Digital Marketing Strategist at Byers Creative, for her drive, community support and dedication to integrity of the profession.

The “Best of Show” Award, presented to the 2018 entry with the highest total score, was awarded to Ashley Cleveland and the communications team from ONE Gas for their entry, Safety: More Than Just a Value.

In total, 38 Bronze Quill awards were awarded to local communications professionals for exceptional work completed during 2016-2018.

Awards of Excellence were presented to:

Awards of Merit were presented to:

Visit our Facebook page to see more photos from the event. 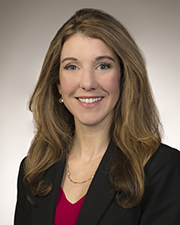 Letter from the President

Did you hear? It’s time! Time to celebrate our profession and successes.  ...

Letter from the President – November 2017

by Hayley Westwood, IABC/Tulsa President Is it just me, or does the gap between ...